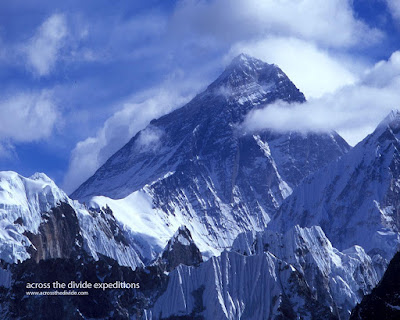 I have a couple of blog posts in the works that are more in line with my typical genre of exercise physiology and training prescription (one on the final phase of annual periodization – The Race Preparation Phase, and another on the realities of de-training), but after reading Gordo’s latest blog, I had a bunch of thoughts swirling around that I wanted to put on paper. I hope you find my catharsis entertaining :-)

In said blog, the g-man asks the question:

“What is the point of achievement if we need to damage ourselves in the process?”

Gordo goes on to point out something that, while the masses may not understand, something that, as athletes, we all (eventually) get: Athletic achievement and personal wellness are not synonomous. In fact, at the highest elite level, they are completely incongruent.

And so, as athletes, as people, we ultimately must answer the question “Why on earth would I choose to pursue an activity that may shorten, if not prematurely end my life?” For some, the answer is simple, “I wouldn’t” and so triathlon is pursued only to the extent that it enriches their health and the rest of their lives. They hike the small peaks and turn around when the footing becomes a little loose.

Others, perhaps the majority of athletes out there secretly enjoy the challenge, but rationally convince themselves that their level of involvement in triathlon supports their health and greater goals. As renowned exercise physiologist, Cooper, concluded back in the day, physiologically this is not the case: ‘If you are training more than 5 hours a week you are doing it for reasons other than health.’ For these athletes, drawing that fine line between achievement and wellness is a constant struggle.

For others, like the climber who inspired the title for today’s piece, the answer to Gordo’s question is just as easy (while perhaps not as rational) as the first group. When, in 1924, George Mallory was asked “Why would you want to climb Everest (when there is every chance of failure/death)?” he simply, and definitively replied “Because it’s there!”. Soon after, Mallory and his colleague, Andrew Comyn Irvine disappeared on the mountain and were not seen again until an expedition discovered their frozen bodies in 1999, 75 years, and some 1100 successful summits since Mallory made his decision.

In my mind, the perspective you take on Mallory’s quest, whether an ill-thought decision that resulted in failure or an inspiring example of ‘going for it 100%’ and living without fear says a lot about your potential as a triathlete.

We all choose (if and) when we turn around on the mountain.

As I wrote in my PCT trail journal, Alan, we do this stuff not because it's there, as Mallory suggests, but because our brains' are not all there. Still, the point remains unchanged: to do it.

Thanks for the good post and thoughts. A little addition, though, on Mallory, as he is someone who I have long admired, and I was one of the ones who found his remains in 1999 on Everest.

While it is true that he replied "Because it's there" back in 1923, it was actually a somewhat flippant reply to a much-asked question. His feelings on the subject were, in fact, more philosophical. Here's a shortened version of what he later said to The New York Times:

"There is something in man which responds to the challenge of this mountain, and goes out to meet it...The struggle is the struggle of life itself, upward and forever upward. What we get from this adventure is just sheer joy. And joy is, after all, the end of life."

He was an amazing man, and left quite a legacy and mystery behind.

Oh, and he disappeared with Andrew Comyn Irvine, a 22 year old student from Oxford, not a Sherpa.

Good luck on all your endeavors!

Brings up the point, if it's not our brain that pushes us to these feats/actions that defy rationality, what is it? Hmmmm.

It may be a paradox, but one of my favorite things is to remind myself just how irrational many of my life choices are :-)

Thank you so much for your comments.

I think I like George's detailed explanation as to 'why' even more than his 'off the cuff' one. Joy - our best indicator that we are living on purpose, irrespective of all else.

I thank you for your corrections and apologize for my error regarding Mallory's partner. The utmost respect to them both.

Never ceases to amaze me who pops into my little corner of the world. As a matter of curiosity, how did you stumble upon my blog?

Best wishes to you.

Aweseome post. I hope you don't mind but I'm going to reference you, Gordo and science of sport on my blog. I think the mental link between athletic success or "when to turn around on the mountain" links nicely with their piece on running efficiency in the heat - a predetermined hard wiring that some seem unable to overcome.

I have the same problem with a bunch of my volleyball athletes. Some see the challenge and rise to it, others stay in bed.

"A predetermined hardwiring that some seem unable to overcome."

OK, I Think this should be the 1st chapter in the book that you and Chuckie write."Why??? WHY NOT???"
I don't think it's about living without fear though. I think that it's about living with courage. Whether the challenge is the PCT, IM, Everest or raising a child. All challenges have a risk:benfit ratio. The question is do you have the courage to take the risk to reap the benefit.
If Gordo and I toe the line side by side at an IM. The task before each of us is the same. However the challenges that each of face very different. Because the risks and benefits are very different. There is always, or should be, a fear that you'll miscalculate the ratio.

I agree with you, BR.

If our race result was perfectly correlated to the training that we did would there be any point (any joy) in racing?

Whether it's Vegas or Kona, having the balls to go all in and betting it all on one roll of the dice is a good way to elicit those feelings that remind us that we're alive!

Some may argue that this feeling rather than any potential 'winnings' is what rolling the dice is all about.

Thanks for your continued support.