Learn from my mistakes 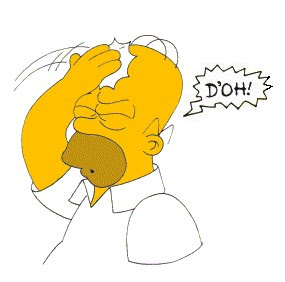 “No one who cannot rejoice in the discovery of his own mistakes deserves to be called a scholar”
- Donald Foster.

It’s been another good season for the my squad of athletes. Multiple Kona qualifiers, some podiums at Mdot 70.3 and IM events and several personal best performances. The bulk of this credit goes to the passion and drive of the athletes that I work with but as a coach I also have to conclude that I did my bit and got a lot right.

Still, as a naturally critical thinker, and as someone committed to constant and never-ending improvement in those areas of my life that I am most empassioned by, as we move into the post-season review, my thoughts go to those things that I tried that didn’t work so well this season.

When I was starting out I, like most new coaches, made a bad habit of focusing on my successes and sweeping errors under the rug (or worse, blaming the athlete). This may be good for the ego and for business but it is no route to growth. If you’re truly committed to reaching the top of your game in any field, an honest and frank assessment about what truly works and what doesn’t is a necessity. So, with a view to preserving these lessons so that…

a) I learn from them and don’t make them again!

b) you, as the self-coached athlete, benefit from the fact that by coaching a lot of folks I have the opportunity to do more things right and wrong every season

I am recording them here (I will add to this post as more thoughts come up during post-season reviews so keep checking back).

Every year I devote a portion of the training cycle to addressing the athlete’s greatest athletic limiter. Sometimes this is strength, sometimes basic endurance or speed and sometimes this limiter falls in the middle of the power-duration curve as a weakness in threshold or VO2 #s.

I made the mistake in a couple of cases this year of including a general prep period that was too long for athletes who already had very strong base fitness numbers. This resulted in us starting work on higher quality sessions directed to the athlete’s limiter when load was already pretty high.

Although these sessions were of moderate load, because they represented the athletes weakest ability they felt very hard to the athletes, hard enough that something had to give, in one case this was the quality of these workouts so the weakness remained a weakness, in another it was general training load. The take home – for an athlete that already has a very strong aerobic base, address specific weaknesses earlier, when the athlete still has energy/the overall load is still manageable.

Lesson 2 – When it comes to IM athletes, reverse tapers are often good for both the head and body.

Reverse tapers, i.e. in the last block of the year, progressively building load towards the event are something that I experimented a little more with this year. They seemed to work well for 2 reasons…

1. An Ironman race is not a sprint. Many of the physiological adaptations that are crucial to Ironman success, e.g. glycogen supercompensation quickly detrain and are lost if volume is shed too much or too early from the event.

2. Quality training is HARD for an athlete that spends a lot of time going relatively slow. So, having a very light recovery week immediately after the hardest training block of the year before going into the peppier peak training results in more sessions completed to plan and a happier, more confident athlete going into the key race.

Lesson 3 – When the goal is qualifying, course selection (with respect to your morphology) matters.

Lesson 4 – Don’t sacrifice load for quality until you’re ready to sharpen for a major race.

It may be a bit of a generalization, but from my perspective, a little too much is made of addressing limiters. The central element in athletic progress has always been and will always be improvements in ability to handle more chronic training load.

When it comes to the performance benefit of training, it is true that an athlete will generally get more performance benefit per unit of training load by addressing those areas that are least developed. However, if too much emphasis is given to addressing these weaknesses, to the extent that the athlete is doing less load but feeling that the training is ‘hard’ and they consequently shed total load, it is a dangerous slippery slope that is all too easy to stumble on.

Lesson 5 - Climate can have a significant effect on your ability to do/tolerate big load.

Training in very hot or very cold conditions is tough. It adds an additional stress to the training that you really don't want to deal with when the focus is training as much as possible (whether in the context of the biggest blocks of the year or a dedicated training camp). Give plenty of thought to when all factors are most likely to conspire to benefit your training when planning your race schedule and give plenty of thought to selection of the best possible locale for a training camp. If the aim is a late season camp with a lot of load at your target race intensity, be sure that the typical conditions for that period of the year also mimic the race as closely as possible. You put a lot of time and $$ into organizing yourself for a training camp. Make it count.

I’ll continue to add some more ‘lessons’ (though hopefully not too many :-) over the coming weeks as they crop up during our post-season reviews.