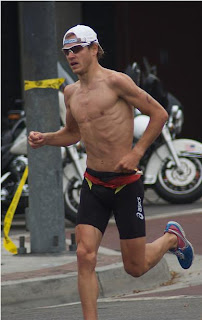 "All we need is just a little patience" - Guns and Roses

As the Summer season is on the horizon, shirts are coming off, 5K’s are being entered and it seems that everyone is feeling ‘a few pounds heavy’. I figured it timely to pen a short piece with some thoughts on the significance of identifying and sticking to your ‘training weight’.

For many, ‘training weight’ is synonomous with ‘out of shape’ weight, i.e. I’m not yet at ‘race weight’ but this diminishes the importance of identifying and holding a good training weight.

There are a couple of studies that come to mind that back up the importance of not being in too much of a hurry to get to race weight. A 1980 study that tracked the British Olympic Road Cycling team over the season found a significant difference in the weight ‘swing’ (high to low) for those who were selected for the team vs those who weren’t. The selected athletes held an ‘off-season’ training weight of ~7% greater than race weight for the first 3 months of the season. This was significantly greater than the non-selected athletes.

A more recent study helps to explain why this difference may have been important. A 2005 study on “The effect of dominant somatotype on aerobic capacity trainability” found a significantly blunted training response in ectomorphs (the skinny group) vs all other groups. The meso-ecto group displayed almost double the improvement in VO2max of the pure ectomorphs over the same period of training. In fact, even the endomorphic group (average 20.6% body fat) exhibited a significantly better training response than the ectomorphs.  I’ve found a similar effect in my own coaching experience…

I track the relationship of fitness improvement versus training load in the form of an ‘F coefficient’ for the athletes that I coach. Without exception, the athletes with the highest F number to date have been of the mesomorphic persuasion (BMI>22). The athlete with the highest F number has a BMI of 24.1! Or, looked at longitudinally, my own highest F coefficient has occurred when my bodyweight was in the range of 176-178lbs (BMI = 21.5-21.7), while my best race performances to date have occurred below a BMI of 20.75.

My larger point is that while there are certainly races in which being light/skinny is desirable (specifically those with an abundance of heat and/or hills), when it comes to getting as generally fit as possible by both handling the most load and getting the most from that load in the early season, it’s important to maintain a little ‘reserve’.