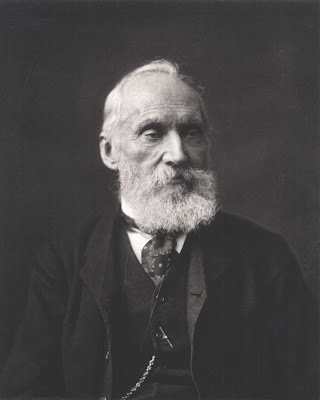 "Although mechanical energy is indestructible, there is a universal tendency to its dissipation, which produces throughout the system a gradual augmentation and diffusion of heat, cessation of motion and exhaustion of the potential energy of the material Universe"
- Lord Kelvin

Today I would like to address the last piece in the puzzle of optimally pacing your Ironman. So far we have looked at how to go about determining the optimal bike/run energy allocation for different courses and athletes. However, we haven’t yet looked at how to go about determining how much actual energy you have at your disposal, i.e. how much potential energy do you have available in your personal system, or put more succinctly, what are your energy reserves?

This is a more complex question than it appears at face value and is a function of things like:
• Training
• Nutrition
• ‘Freshness’
• Muscle Mass
• Duration of your event.

Let’s take a look at a couple of these factors individually.

Well trained muscle typically stores ~700mmol of glycogen (per kg of dry weight) (Starling et al 1997, Adamo et al. 1998). This equates to ~20kcal/lb of muscle. So, for a mesomorphic (Muscular) 165lb male with 75lb muscle mass, typical muscle glycogen stores are in the range of 1500kcal.

Add to this liver & blood glycogen and glucose stores of ~500kcal and a well trained athlete of average size has approximately 2000kcal at their disposal. It should be noted that an untrained individual typically stores approximately half of this amount.

Duration of the Event

In addition to having access to these stores at the start line, the intelligent athlete will take in an optimal amount of carbohydrate during the event that will lead to an additional 240-280kcal/hr of energy at their disposal.

This implies that the longer the event continues, the larger the total energy pool that the athlete can draw from assuming all other factors (such as rate of CHO absorption) are equal. This is important to remember when we are comparing the energy demands of athletes with different race durations and has practical significance when attempting to define a TSS ‘budget’ for the athlete.

In power training terms, some coaches have hypothesized that there is a TSS ‘budget’ that is optimal for all athletes to observe during the bike portion of the event. This is generally recommended to be in the vicinity of 280TSS. Thus, depending on anticipated bike split duration, the intensity of the bike leg is manipulated to assure that the athlete doesn’t exceed 280TSS over their total race duration. For athletes in the 5.5-6.5hr bike split range, this then results in an intensity factor of 0.65-0.71, or, with typical Ironman variability indices, an average power of 60-68% of FTP.

However, while this is a good starting point for many athletes, it does not take into account some of the individual considerations mentioned above.
A good rule of thumb that I have found to work quite well when comparing power data in the field with lab data is:

Nope, far more typical is the 5hr marathon that allows for an extra 26TSS and a more manageable IF of 0.64 for an athlete with an FTP of ~7:20. As outlined in my previous blog, a 6hr bike/5hr run is not the best way to distribute your energy, yet it is almost inevitable for the average athlete who approaches the bike with a desire to ride at the typically recommended IF/AP power numbers.

In my experience, for the majority of courses, a far better way for most athletes to distribute their energy is to split their TSS budget down the middle and devote half to the bike and half to the run (for most folks, the swim should be done so easily that it’s energy output is non-significant). So, for our hypothetical lean mean 165lb male Ironman with starting glycogen stores of ~2000kcal/200TSS and a predicted finish time of ~12hrs (meaning an additional 11x260kcal/hr in exogenous glucose), his energy reserves are in the range of ~480TSS. If this is split at 240 for the bike and 240 for the run, we would expect our ‘average’ athlete with an FTP of 7:20/mi on the run and 240 on the bike to run a 4:25 marathon at an IF of 0.72 and bike a 6:05/144W bike at an IF of 0.6.

So, to summarize the difference in approaches:

As outlined in a previous blog, the effect of holding back 10% on the bike is magnified for faster athletes, with differences of 30 minutes or more expected at the pointy end of the field. Plus being the passer rather than the passee on the run is a much more enjoyable way to race :-)

So, to summarize the 2 steps are:
1. Determine your total energy reserves
2. Split it down the middle and devote half to the bike and half to the run.

While the theoretical considerations mentioned above provide a good starting point in coming up with pacing targets for the limited number of race simulations that you do prior to your event, the best way to fine tune your pacing targets is to prove their validity in training and C races.

Athletes can expect a 20-30% supercompensation of glycogen stores when tapering for their A-race (Shepley et al. 1992). Therefore, the best way to verify your true energy reserves is with slightly under-distance time trials of >2/3 race distance/duration.

In the above example, where we are targeting a race day energy output of 480TSS, I would expect the athlete to PROVE their ability to perform a big day of training of at least 320TSS (2/3 race duration) at the target racing intensities prior to their event. If the athlete is only able to manage a big day of 280TSS in the context of a normal training week, then I would amend the target race intensities accordingly.

As mentioned above, novice athletes or detrained athletes can have <50% of the glycogen storage capabilities of trained athletes. In practical terms, this manifests as 150 or 200TSS being a ‘big day’ in the early season. It should not be assumed that the athlete has a tolerance to 280TSS, 350TSS or 500TSS. It should be PROVEN.

In this way, theory meets practice and the athlete’s actual energy reserves are assessed.

Hopefully, this article will provide athletes with the final piece in the puzzle when determining how to optimally pace their Ironman. There is a lot of free speed out there for the athlete who is brave enough to bet on their ability to finish strong by holding back on the bike. However, like most things related to Ironman, while this is a simple principle, it is anything but easy. But, as Gordo is fond of saying, there is no easy way!

Perfect. It'll be my mantra for 2009-2010 season as I got a really impressive result down here in the A race of the season using that kind of approach! Thank you very much for all that free and valuable knowledge! Marcos

Have a great season.