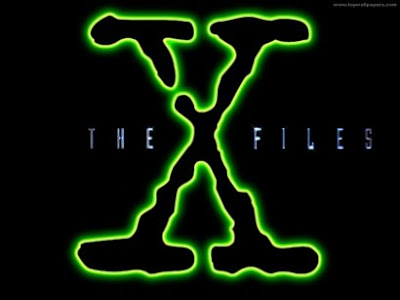 My post on “What it Takes” from a couple of weeks back generated a good deal of discussion both in my inbox and on some internet forums. I didn’t comment on any of the forum posts because I find it much more interesting studying the psychology from afar than attempting to influence it. It is my experience that the bulk of internet ‘discussion’ is more about a proverbial peeing contest than a true attempt to learn anything so, as a general rule, I stay out of it.

It certainly was interesting, though, to watch it from afar. To watch how some good athletes were hell-bent on proving to themselves and others that they lacked ‘what it took’ to be great. The psychology is still a little puzzling to me. Even more puzzling is how they interpreted my last post to be somehow pessimistic. Let me be frank. If the thought of ‘having’ to put in 10 years in this sport in order to discover your potential is in any way depressing, then find yourself another vocation.

My curiosity turned to anger when the discussion moved to the deterministic implications of genetics. If you want to limit yourself, go ahead, but don’t generalize that others are equally limited. The logic goes, well I’ve done ‘everything I can’ over the past x amount of years to fulfill my potential in this sport and I’m still not world champion. Must be genetics.

I took a look at what the genetic research has to say on the topic of endurance sports in this post. For mine, not all that impressive and certainly not equivocal. Ironically, the same folks who took issue with the sample size of the Baker and Cote 10 year study seem to have little problem with a genetics study that uses a similar sample size trained with a high intensity 12 week training program to infer levels of ‘trainability’ for the Ironman athlete! But my hunch is that the opinions of these ‘dream crushers’ are not based on perusing the genetics research literature and weighing it against long duration physiological studies and theories on deliberate practice. Rather, my hunch is that these folks are throwing out their opinion based on a sample size of n=1.

The central problem with any n=1 opinion in endurance sports is, as the old Edison quote infers, any ‘failure’ is just as attributable to the one training program that you are following than to failure of the principle of training as a whole:

Put another way, be very careful when perusing the forums that you don’t mistake the failure of one athlete to come up with a successful method of making their light bulb for the impossibility of light bulb making as a whole.

Additionally, recognize your failures quickly and CHANGE, lest you become ‘one of them’.

The further problem is illustrated in the following story from my swim days:

I have always been a cerebral kind of guy. Always on the look out for ‘the answer’. In my swim days, I was under the impression that ‘the answer’ was technical. I remember one day before practice I was chatting with one of the superstars of our squad. This guy was the most technically beautiful swimmer than I have seen to this day. Every stroke was textbook. I would watch the guy underwater to try and work out the nuances of what he was doing with his stroke that was enabling him to swim 6s or so quicker than me in a 100 sprint. So, anyhow, conversation was slim, so I took the time to ask him, what do you do underwater that gives you such an efficient pull? His answer? I don’t know. Of course, that wasn’t enough. I asked him to demonstrate parts of the pull. When he did, his actions looked nothing like they did underwater. This guy really had no clue how he pulled off swimming as fast as he did. I’m sure never missing a session helped, but that’s the topic for another blog :-)

My point is that the same is true of most elite athletes that I have known and worked with over the years. It takes pretty dramatic consequences to enforce a 100% logbook policy in a swim squad, even an elite one. Most athletes want to do the work, not write about it. As such it is my experience that many of the best athletes have only a very vague idea (based on memory) of how they got to the level that they are at. The very best elite coaches on the other hand, record everything and have notebooks going back to the dark ages on their training programs. Unfortunately, in triathlon, there are so few truly elite coaches that provide accessible knowledge that we tend to believe verbatim the generalities of the athletes that are based on their best recollection of how they trained.

Chuckie V’s most recent blog on “How to become a champion endurance athlete” is a flat-out gem. Through the entire post, the importance of self-belief is highlighted.

Make no mistake, spending time on the forums listening to folks banter on genetics based on their limited recollection of their own n=1 sample is not just harmless web-surfing. It is life altering. With every n=1 reference that you take on, your belief in your own potential is damaged. Fortunately my own ego and pig-headedness makes me pretty immune to what others say, but if you are in any way susceptible to this stuff, keep the following in mind:

• Any ‘failure’ is purely a failure of the one program or protocol that the athlete personally selected.
• Many athletes have a very limited idea of what their selected protocol was !!

So, who do you trust? Well, I’m a pretty good starting point :-) Primarily because I have an obsession with collecting real-world data for all levels of triathlete that borders on OCD!!

But, that doesn’t sit well with the File-O-Phile in me, so in the end, I would tell you to trust RESULTS. Every athlete is an experiment of one and any ‘truths’ about the human training response are typically based on limited samples, limited time frames, along with the limited assumption of human conformity, which I am dead-set against. Every athlete is different. Your best bet for success in this athletics game is to X out the forum window, open your spreadsheet and keep detailed personal records on your personal response to a given training stimulus. In addition, keep that picture of Edison and his light bulb firmly engraved on your screen saver, along with the caption “Persistence conquers all”.

I'm in complete agreement. As a biochemist I am sick and tired of hearing opinion and hearsay given as pseudo-sportscience, or the constant limitation people impose on themselve and others of people based on 'genetics' they obviously don't understand - lets face it not many people do. How many of those people who constantly talk in an n=1 style have actually put in the required 10 000 hrs of endurance training over 10-20 years to justify there opinions given so forcefully?

Keep up the good work.

The 'force' in which the opinions are given is the interesting thing to me.

Saw one related comment in which a guy commented "admitting that in reality you're limited by will rather than physicality can be a tough pill to swallow". Think there may be something to that.

AC- long time reader first time poster. I really appreciate your thinking as it has influenced my thinking since I found your blog Chris

Thanks for reading and for the kind words!

Yes, a great series of posts!

Hmmm, slightly off topic, but you might enjoy this Financial Times piece about the first work on fitness and public health (FT site registration required):